Computers consists of many different components. Each one of them should be maintained to give you the best possible performance.
Over the time you have dust building up inside the system which can cause overheating issues, failure of cooling fans. This is very common in laptops today. 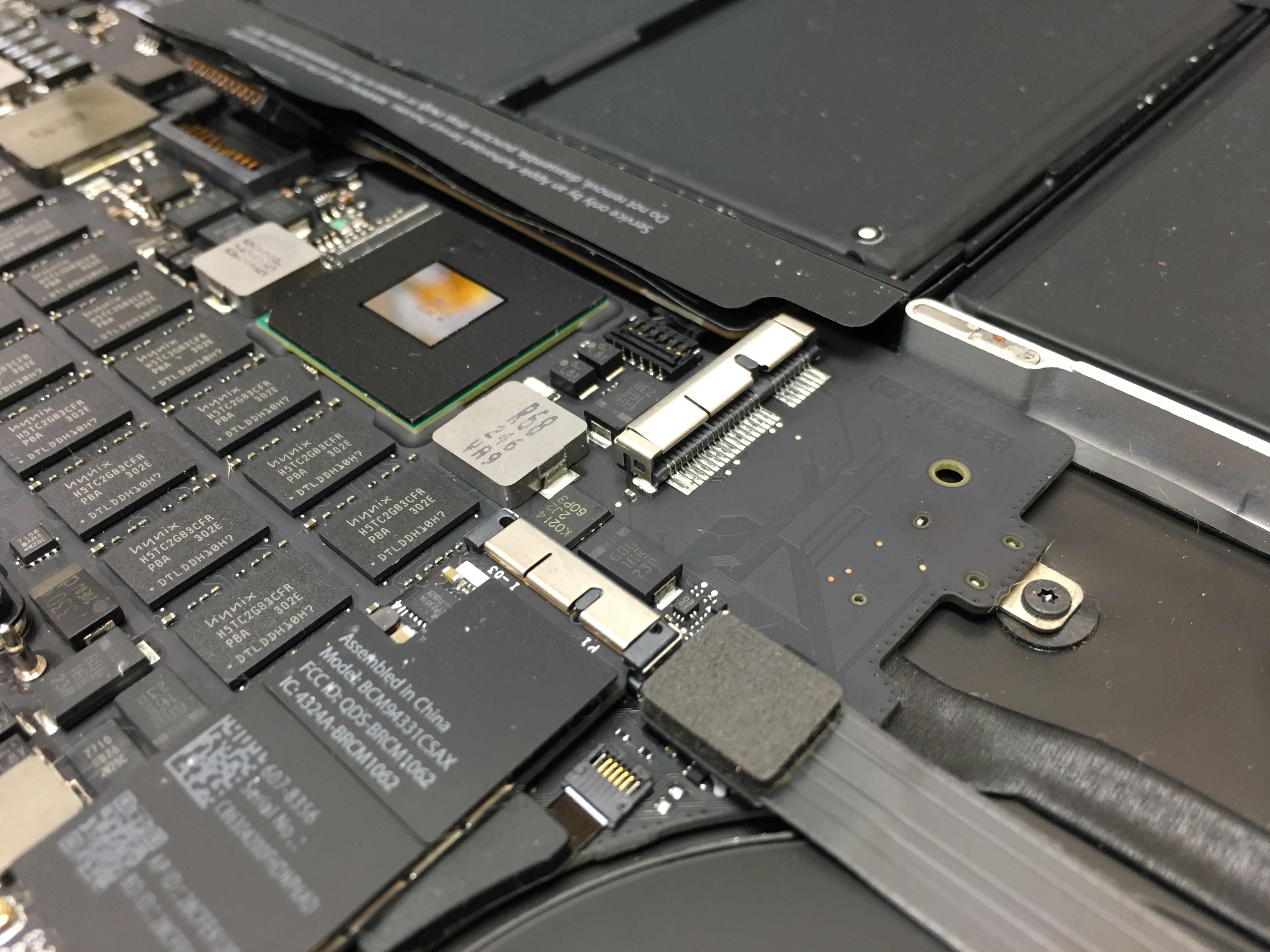 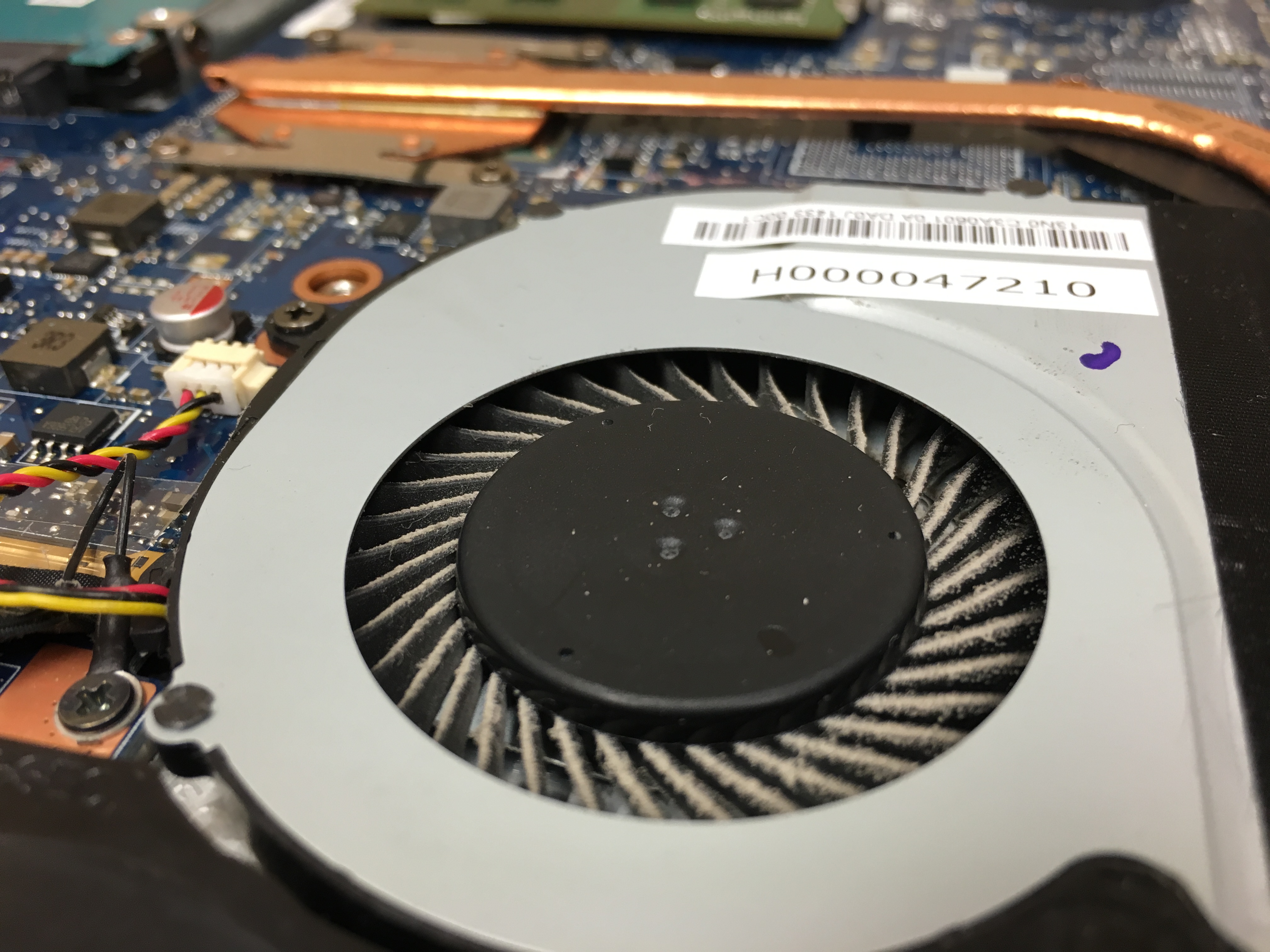 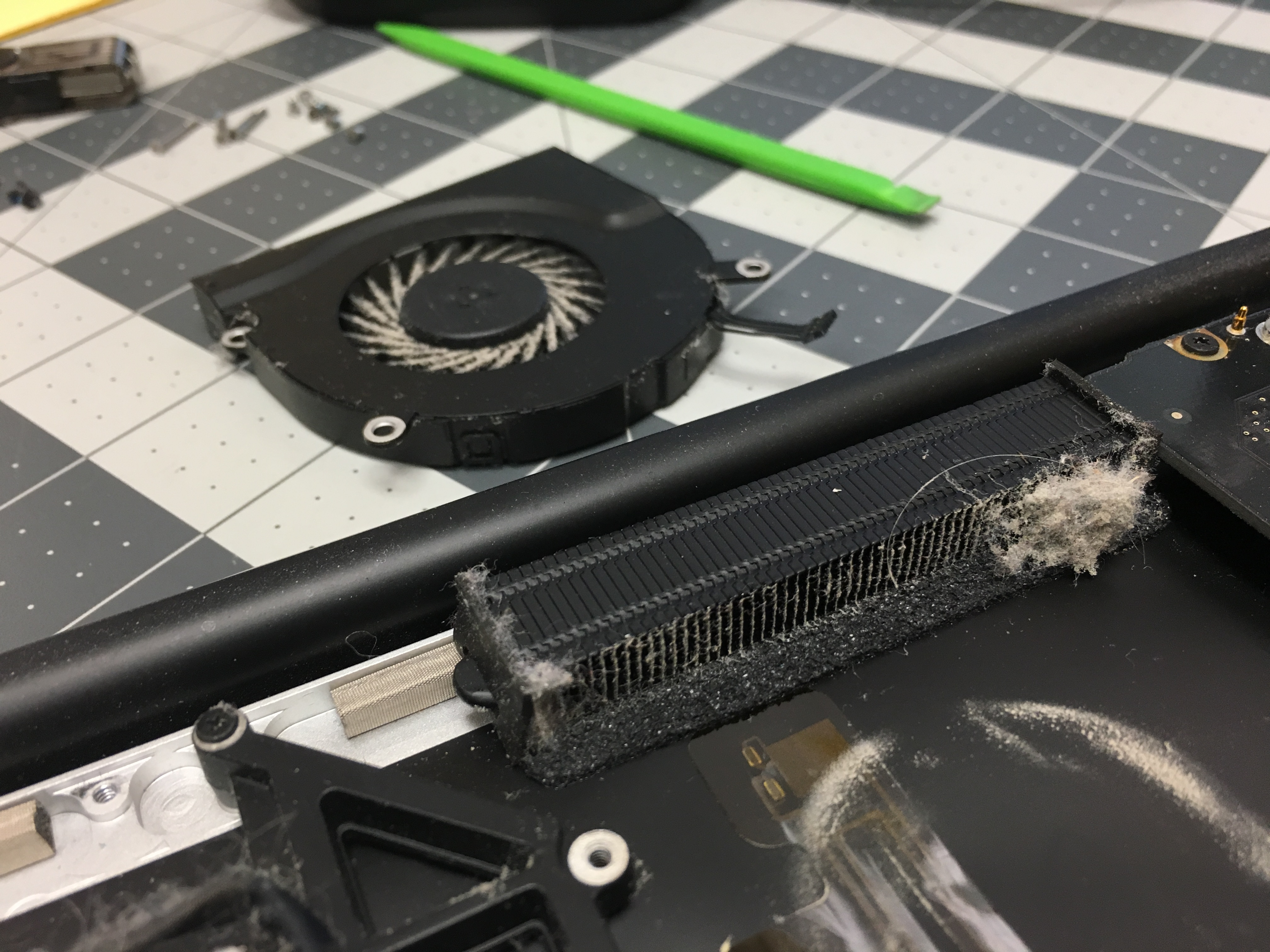 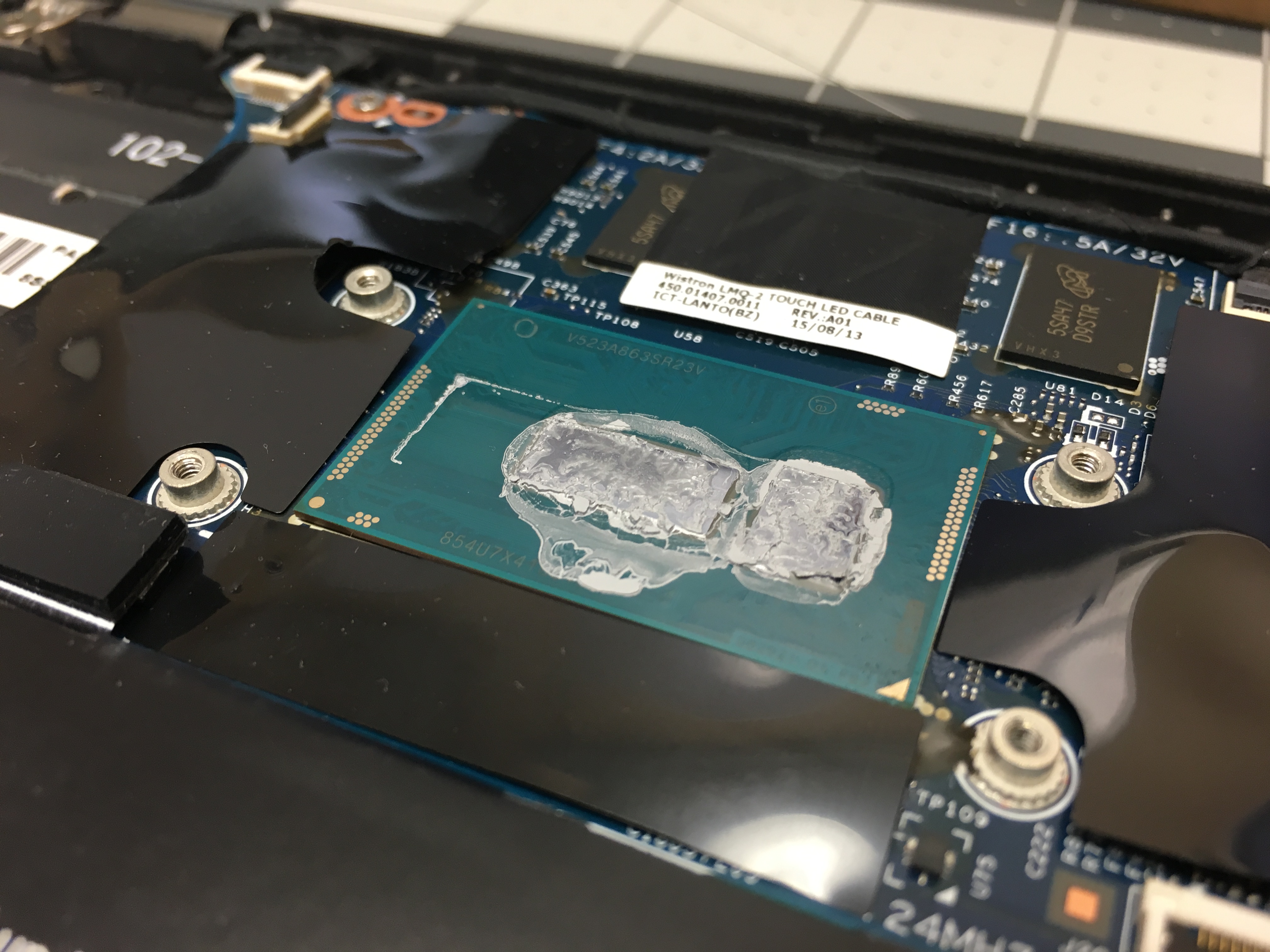 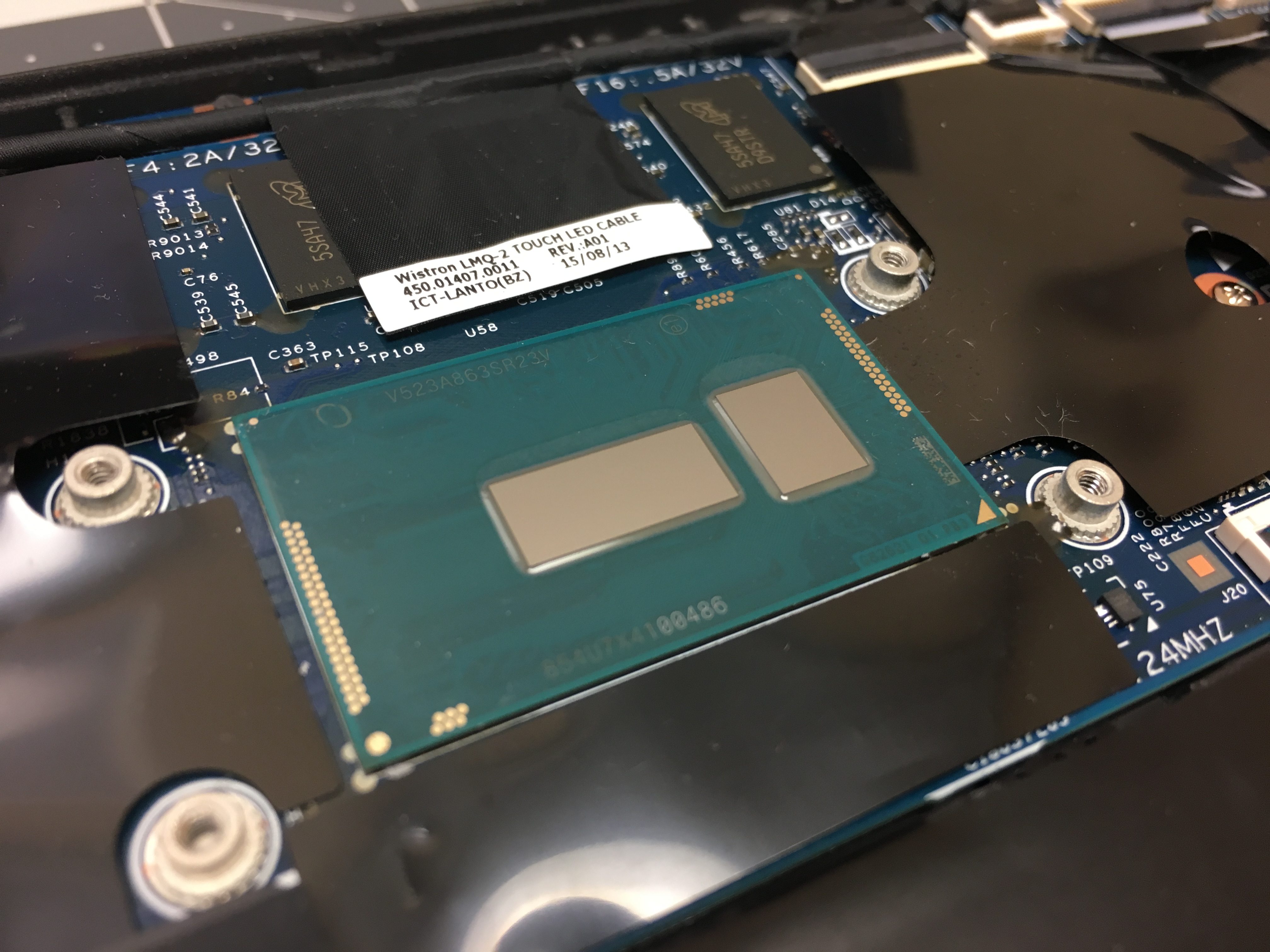 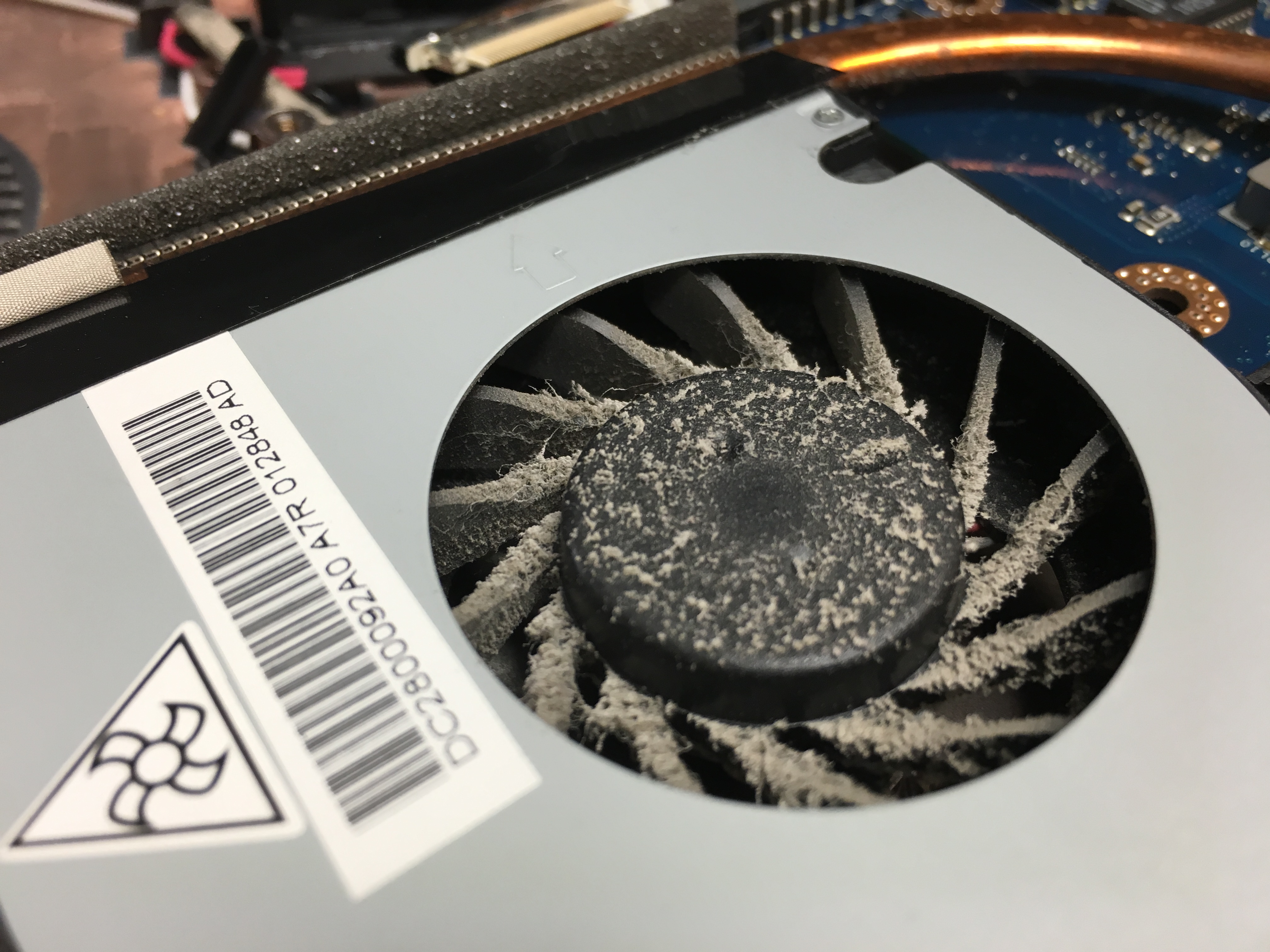 Also the transfer grease between the CPU and heat sink will harden up and not transfer the heat. If this happens over a long time period your system might not start one day because of a damaged processor.  A sign for this is a random shut down of your system after you have used it for a short period of time.

Also on the software side you will have to maintain your applications and drivers. While surfing on the internet your computer collects and saves data from websites. Over time you collect megabytes of files that are just using up space on your hard drive and slow down your system. Outdated drivers can create performance or security issues. A clean and maintained system will work more efficient.

We offer our clients (business and end-users) maintenance contracts to keep their systems up and running before troubles occur.  We will update all the necessary updates, clean outdated software, update security software and make sure that the hardware is function according to their specs.

Furthermore we offer a full backup of their data when the systems are getting older and we notice a steady loss in the performance of the hard drive.

We recommend, depending on the usage of your device to check a system a least once or twice a year if you do not want a service agreement.


Threats through the internet have become a major challenge for individuals, small and medium businesses as well as for large corporations and banks. In today’s world there is no single solution that does is all. Therefor IT companies as well as software developers for security software got closer together to fight against these threats.

We have specialized over the years in the removal of malware and other infections and use up to date software and tools from multiple manufactures to keep you safe and prevent further infections.

The use of hardware like firewalls, secured connections, managed routers and switches in conjunction with software solutions like endpoint security helps to keep computers and networks safe. Due to the costs and maintenance this solution is nothing the average user will use at home or a small business.

”We will get you a protection that will fit your budget.”

Malware covers all programs that aim to cause damage by making electronic data inaccessible, changing it, deleting it or creating access to it for unauthorized third parties. Malware always has a damaging function (called Payload) and has different effects. Some Malware just wants to announce its existence in a harmless way, others spy on your personal data or even delete your hard drive. Malware can be divided into three groups: Trojan horses, worms and viruses.

Trojan horses - often also incorrectly referred to as Trojans - are different from worms and viruses in that they do not independently replicate themselves. Following the example of its historical namesake, the name "Trojan horse" refers to a program that pretends to be performing a particular function that is desired by the user. In addition, however, Trojans also include a hidden program component which, at the same time, opens a backdoor into the affected computer and can thereby allow almost full access to the affected system, without the user noticing.
Trojans' methods of concealing themselves are almost unlimited. They can hide in command lines for UNIX system administrators, such as passwd, ps or netstat (simple rootkits), or turn up as Remote Access Trojans (known as RATs or also backdoors). These insidious programs are also sent as screen savers or games via e-mail. One start-up is enough for the malware program to infect the system

Unlike viruses, a worm does not attach itself to executable files. It spreads by transferring itself via networks or computer connections to other computers. Several ports on randomly selected network computers are scanned and, if an attack is possible, the weak points in the protocols (e.g. IIS) or their implementation are used to spread the worm. Infamous representatives of this type include "Lovsan/Blaster" and "CodeRed".
Sasser exploits a buffer overflow error in the Local Security Authority Subsystem Service (LSASS) and infects computers while they are connected to the Internet.

A worm spread via email can use the available email programs (e.g. Outlook, Outlook Express) or it may bring its own SMTP mail engine with it. Aside from the resulting network traffic and the increased use of system resources, worms may contain other harmful payloads. Notable email worms include Beagle and Sober.

P2P worms copy themselves into the sharing files of P2P file sharing services such as Emule, Kazaa etc.. Here they wait for potential victims with enticing file names of current software or celebrity names.

IM-worms use chat programs to spread themselves. They do not just rely on the file transfer functions in the process. Even more frequently they send a link to a harmful website. Many IM worms are even able to chat to the would-be victims.

Viruses also aim to reproduce themselves and spread to other computers. To do so, they attach themselves to other files or embed themselves in the boot sector of data carriers. They are often smuggled onto the PC undetected on exchangeable media (e.g. diskettes), via networks (including peer-to-peer), by email or via the Internet.

Viruses can attach themselves to many different parts of the operating system and can function using the widest range of different channels. They can be divided into the following categories:

Boot sector or MBR viruses (= master boot record viruses) position themselves at the front of the actual boot sector of data media, thus ensuring that the virus code is read first and then the original boot sector, when the computer boots from this medium. This enables the virus to embed itself in the system undetected and then it also runs when the hard disk boots up. Often the virus code remains in the memory after it has infected the system. These viruses are known as memory-resident. The virus is then passed on by formatting diskettes, thus enabling it to spread to other computers. However, boot sector viruses are not just activated during formatting processes. A virus can be transferred from an infected diskette via the DOS DIR command. Depending on the malware routine, boot sector viruses can range from merely being a nuisance to being extremely dangerous. The oldest and most widespread virus of this type is called "Form".

Many viruses make use of the chance of hiding themselves in executable files. This is achieved by either deleting or overwriting the host file or by the viruses attaching themselves to the file. In the latter case the executable code in the file remains functional. If the executable file is accessed, the virus code, mostly written in assembly code, starts running first and then the original program opens (if it has not been deleted).

This type of virus is particularly dangerous, as its representatives not only infect executable files, but also the boot sector (or partition table).

Stealth or camouflage viruses have special protective mechanisms to escape detection by virus scanning programs. To do this they take control of various system functions. Once this state has been created, these viruses can no longer be detected during normal access to files or system areas. They deceive the virus scanning program into believing a file is not infected or make the file invisible to the virus protection. The camouflage mechanisms of stealth viruses do not start working until the virus is resident in the RAM.

Polymorphic viruses contain mechanisms to change their appearance with each infection. To enable them to do this, parts of the virus are encrypted. The encryption routine integrated in the virus generates a new code for each copy and sometimes even new encryption routines. Command sequences that are not required to operate the virus can also be substituted or randomly rearranged. In this way, billions of variants of a virus can easily be created. In order to  be sure to detect and remove encrypted and polymorphic viruses, it is often not enough to use classic virus signatures. In most cases, special programs must be written. The expense required for analysis and to prepare suitable countermeasures can be extremely high. Thus, when it comes to viruses, polymorphic viruses may truly be regarded as belonging to the premier league.

Email viruses belong to the so-called "blended threat" category. Malware of this kind combines the properties of Trojans, worms and viruses. When the BubbleBoy virus appeared on the scene, it became common knowledge that you could smuggle a virus onto a PC via the preview function of an HTML mail. The dangerous virus code hides itself in HTML emails and exploits a security loophole in Microsoft Internet Explorer. The threat posed by these "combination viruses" should not be underestimated.

Trojan horses (TPs) do not have their own distribution routines. They are sent via email or lurk in file sharing services or on websites. Their classification can be carried out based on their harmful function.

Backdoors provide backdoor access to the infected computer. Thus a computer can be remotely controlled by an attacker. Mostly this allows the installation of further software and the computer is integrated with other zombie computers into a botnet. However, there are also legitimate uses for such software. Many system administrators use remote maintenance programs to manage computers from their current location. This is very useful, especially for large organisations. This usually involves access by the system administrator with the knowledge and consent of the PC user. It is only when these backdoor functions are used without the PC user's knowledge and harmful actions are carried out, that a backdoor program actually becomes malware.

Adware records the activities and processes on a computer, such as surfing behaviour. When a suitable occasion arises, advertising slogans are then displayed. Or the results of online searches are manipulated.

Spyware is used to steal data: passwords, documents and data, software registration numbers, email addresses and lots more besides. The data are either searched for on data media or filtered out from network traffic. The inputs from web forms (especially online banks) are also collected. In the worst case scenario, the attackers then have access to all email accounts, forums and online shops that the victim uses. Online criminals like using this camouflage.

Many Trojan horses have a specific task. The aim of downloaders and droppers is to load or copy a file onto the infected computer. Often they first attempt to reduce the computer’s security settings.
Spam

A similarly costly and annoying plague is the sending of unwanted advertising or propaganda mail. Modern anti-spam programs use a combination of methods, both static (text analysis, mail server lists) and statistical (based on Bayes' Theorem), to filter out unwanted mail.

Phishing is the attempt to obtain personal data such as login names, passwords, credit card numbers, bank account access data etc. via bogus websites or emails. This often involves users being lured to bogus websites. In recent years this phenomenon has increased considerably. In the meantime Trojan horses have accounted for billions in damage.